Transit agencies across the country are bleeding millions of dollars weekly due to the impacts COVID-19 is having on both ridership and the economy. U.S. Congress needs to invest the $32 billion to address this projected shortfall.

Unless Congress delivers, this shortfall will mean fare hikes, service cuts, and shutdowns.

Without further action from Congress, PA's transit systems will run out of funding by September 2020. PA public transit brings essential workers to their jobs, provides services that connect Black and Brown communities to valuable resources like food and healthcare, all while preventing pollution and decreasing congestion in our cities. 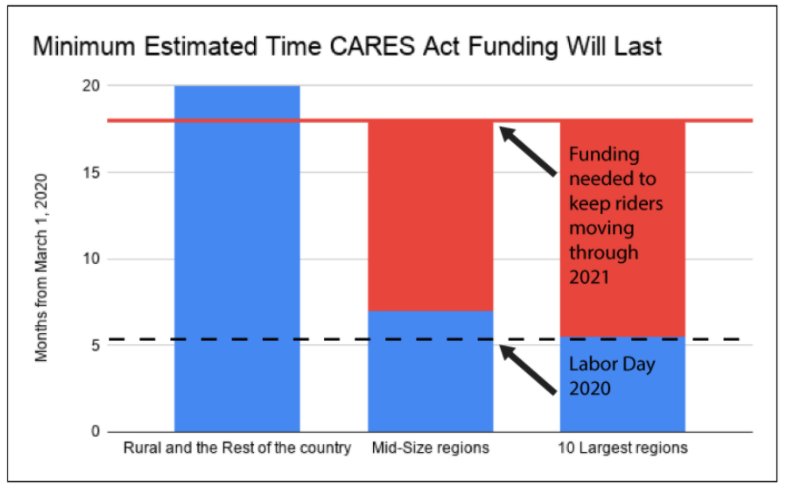 That is why Transit Forward Philadelphia is partnering with Pittsburghers for Public Transit, 5th Square, and the Philadelphia Transit Riders Union in asking our Senators across the state to make sure that they include federal transit funding relief in the next stimulus package, HEROES Act.

Pennsylvania as a whole needs $1.36 billion to keep transit running through fiscal year 2021 including $1.12 billion for Philadelphia and $243 million for Pittsburgh.

If you are authorized to sign our letter on behalf of your member organization please click the link below!

COVID-19 has Pennsylvania's public transit on the edge of disaster. Fare hikes, layoffs, and shutdowns are on the horizon if Congress does not invest $32 billion for public transit in the upcoming HEROES Act.

Across PA, transit riders and workers are coming together for some real-talk with Senator Bob Casey about the transit crisis. He needs to stand on the Senate floor as a transit champion and pass the necessary $32 billion for public transit. 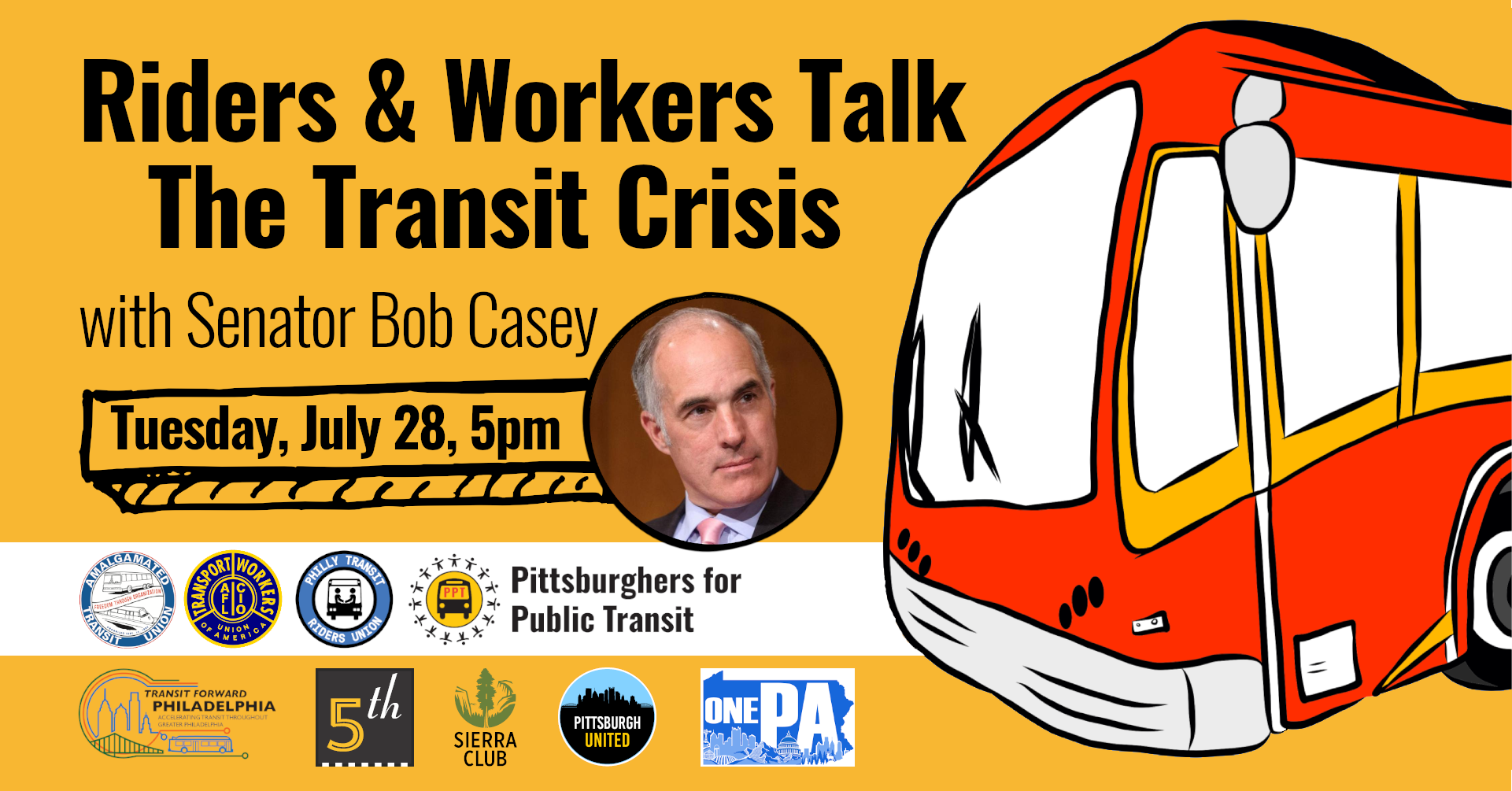 Join us on Tuesday, July 28th at 5:00pm to show Senator Casey that PA transit riders and workers are organized and ready to push for funding for public transit